Here you will get information about the meaning of hammerhead tattoo and see photos of interesting ready-made tattoos. You will also learn their interpretation and history. 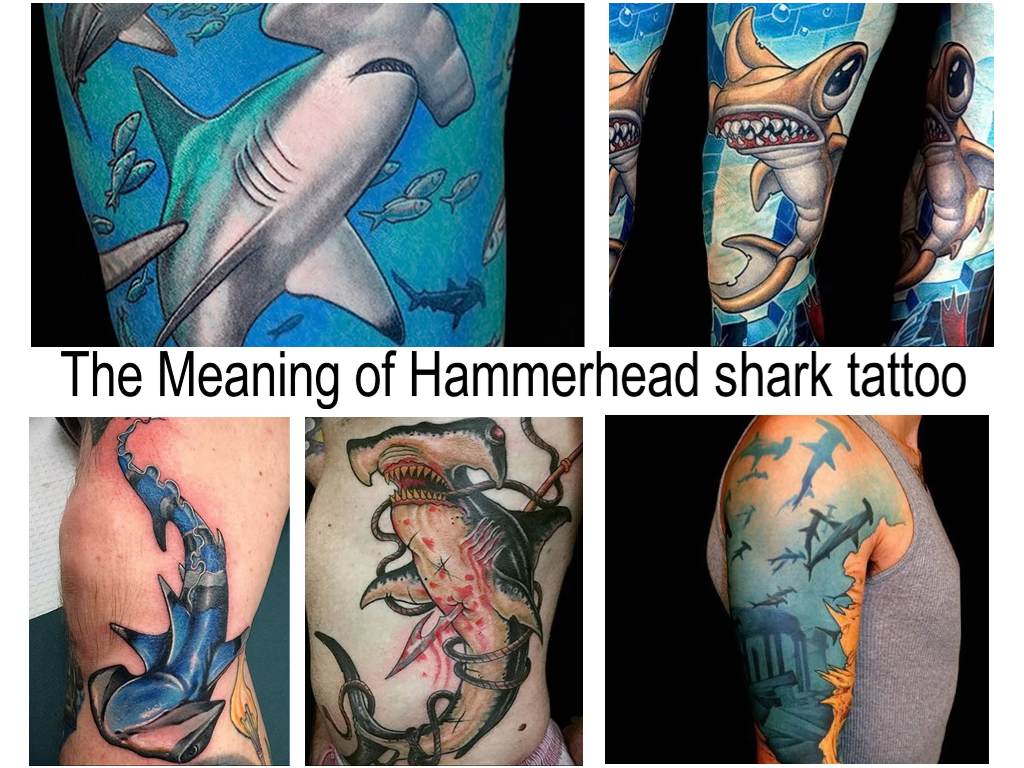 Interpretations and Meanings of Hammerhead Tattoo

Hammerhead Tattoos are popular among people of any age wishing to decorate their bodies, especially among seamen and those who love marine themes. The image of the predatory fish is usually chosen by freedom-loving and imperious individuals. This kind of tattoo attracts much attention and never goes unnoticed.

The hammerhead is a very mysterious and unusual fish. Representatives of this species hunt alone in the evenings, but they usually gather in large packs around noon. Scientists have not yet found an explanation for this phenomenon. They wonder why these single sharks need such meetings. Hammerheads orient perfectly even in very muddy and dirty waters. There is evidence that the Earth’s magnetic field guides them.

The life of these sharks has the following features that determine the meaning of hammerhead tattoos:

Another meaning of hammerhead tattoo is developed intuition and foreboding and the ability to understand people and see their hidden motives and plans.

The hammerhead is a very bloodthirsty and fierce predator that is also a great danger to humans. That is why the tattoo with this image can mean:

See a photo of tattoo drawings with a shark-hammer:

Sometimes hammerhead tattoos are chosen to warn people that jokes with the owner of such a drawing are dangerous and may have negative consequences.

This kind of tattoo means spiritual and physical strength and independence.

The image of this predator is an excellent amulet for people in whose sphere of activity the qualities of this fish are needed: iron will and steel grip, ruthlessness and focusing only on the result. It is suitable for politicians and entrepreneurs.

Where you can put a hammerhead tattoo

The shape of the fish allows it to be placed on different parts of the body, but the meaning of the hammerhead tattoo does not depend on its location.

Choosing an image for a tattoo is a very serious matter that requires responsibility. First of all, you should study the generally accepted meaning of the picture you have chosen. Among many predators of the ocean, representatives of this species fascinate with their mysteriousness, strength and purposefulness. The depiction of hammerhead is suitable for courageous, spirit-strong personalities and people who love marine themes.

Considering this image, you should also take into account the negative meanings of the hammerhead tattoo. But in the modern world the significance and hidden meanings are much less relevant. People simply choose an image to their liking.

The text of the article is prepared by: tatyana_leb (Татьяна)