In this article we are going to analyze the significance of the tattoo ‘Archangel Michael’, notably the meaning and the history of such images. Of course, we will give you for familiarization the photos of ready-made tattoos with Archangel Michael. For those who wish to get acquainted with a large amount of information, we suggest: 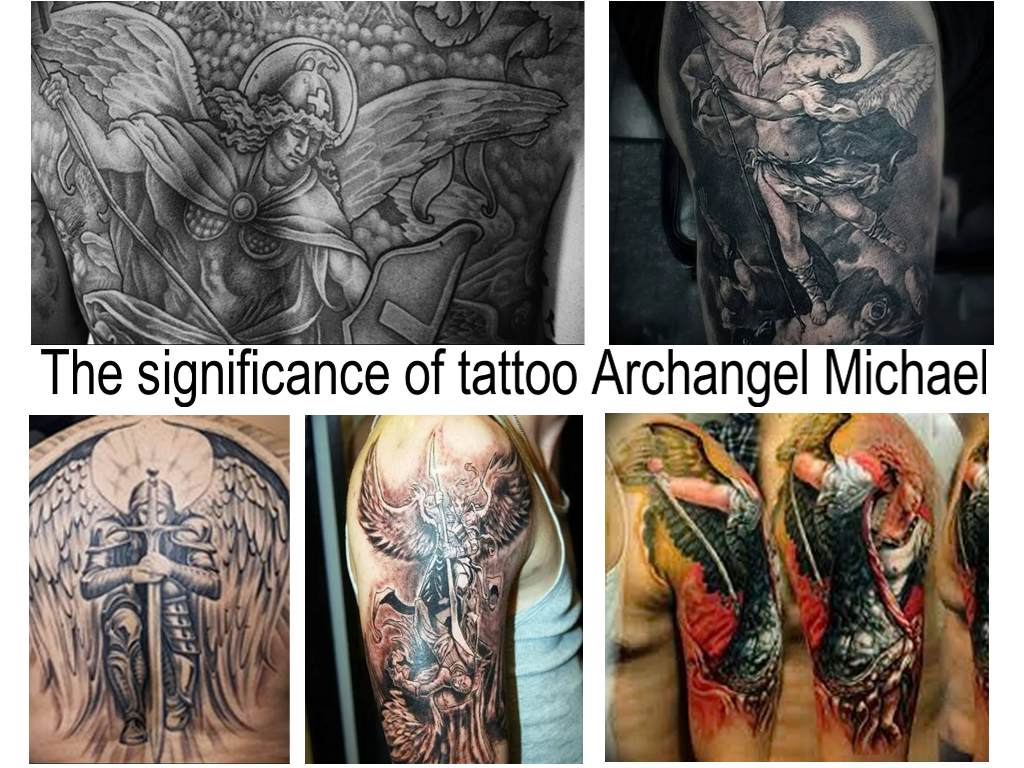 Each person inherently tends to everything beautiful and sublime, so the beautiful naked image has never been bypassed by people of different age categories, generations and sexes. All of them have always approved tattoo as an original work of art.

Tattoo is considered as a form of self-realization. It emphasizes the originality and uniqueness of its owner. But in addition to beautiful personal ornament, back in ancient times tattoos were used for the mythological depiction of mysterious images that concealed a magical subtext. A good example of it is the engraved tattoo of the St. Archangel Michael, which, in addition to its majesty, has a wide significance and deep meaning.

What does the tattoo with Archangel Michael mean?

Choosing a tattoo is not an easy step. First, you need to decide which character trait in the image on the body should be specially highlighted and emphasized. The Holy Archangel Michael, whose name in Hebrew literally means “Who is like God”, has earned special respect and worshiping not only in the Christian religion, but also in the Islamic and Judaic paradigms. Glorified as a patron of not only his nation but also all of humanity, Archangel Michael is endowed with a powerful spiritual potential. He, as the personification of the will of God, is always interpreted as the first among the other guardian angels.

The most significant feat in the arsenal of St. Archangel Michael is the act of driving the devil and his retinue out of the Kingdom of heaven, at the time when they aimed their evil against God.

See examples of tattoo drawings by Archangel Michael in the photo:

Being a symbol of the power of light and divine providence, the images of the revered St. Archangel Michael are found not only in church icons, but also in the art of tattoo. The most popular storyline is an episode where the Archangel Michael pierces Satan with the arrow, after strangling him with his foot. In this sense, tattoo is interpreted as a symbol of justice and higher judicial power. The word ‘archangel’ in itself includes two components: ‘arch’, that is ‘a senior’ and ‘angel’, that is ‘an envoy’. Some legends about Archangel Michael are also given in the Holy Bible, where he is considered as a respected hero. This fact serves as an important reason for making a tattoo with St. Archangel Michael image.

It is easy to imagine how positively this tattoo will affect its owner. The semantic symbolism of the tattoo with Archangel Michael image is interpreted both as a ruler of Justice and as a defending warrior. However, such a tattoo may not have any religious sense at all, being considered only as an exotic on-body ornament. The images of the archangels that survived to these days look very refined and original, because of what any story line with their participation is considered very exquisite and tempting even for ordinary connoisseurs of tattoo art.

Usually faces of angels look graceful and majestic. However it largely depends on the professional skill of the tattoo master. This tattoo is performed in different styles. In biblical legends and icons the archangel appears, as a rule, with a white tinge, so a tattoo with the face of the archangel is applied with the use of a special snow-white color.

And remember: if a tattoo was applied to the body, it needs a serious procedure to remove it. You will have to suffer pain, and the result is not guaranteed.