Home / The meaning of a pineapple tattoo

Here we’ll talk about the meaning of a pineapple tattoo, the idea and the history of a definitely juicy image in the tattoo art. For those who want to think over the idea of the future tattoo design in details before going to a tattoo shop, we suggest looking through the following information in the catalogue after reading the article: 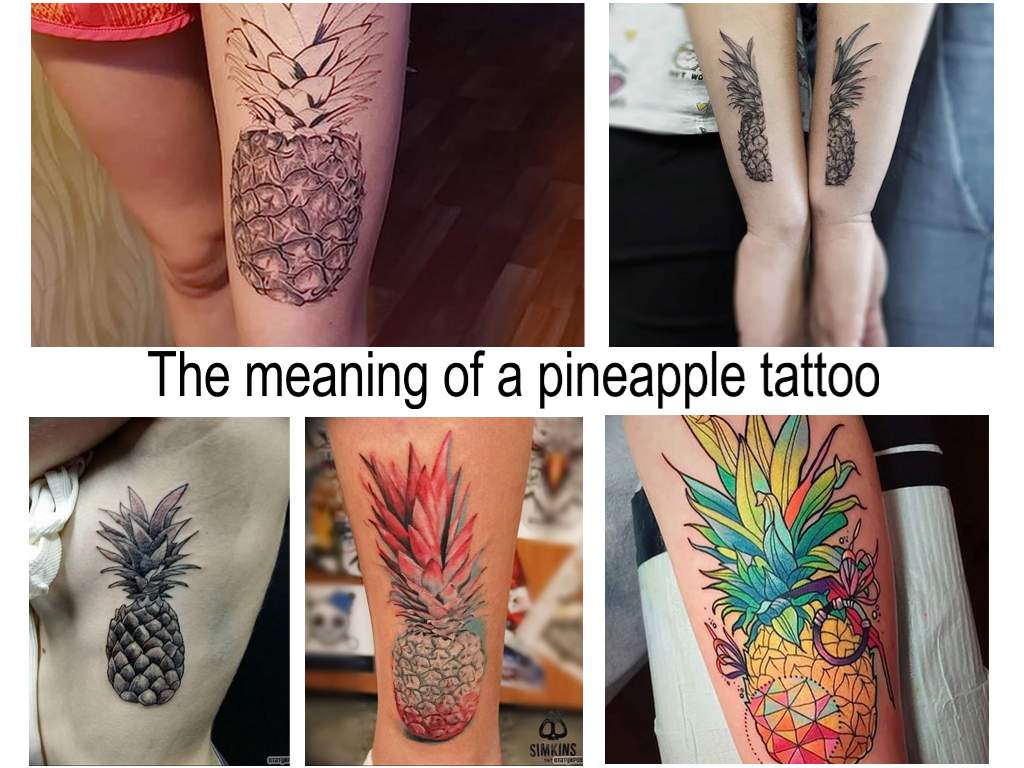 The idea, the history and the meaning of a pineapple tattoo

Tattoos picturing flowers and plants have always been considered to be a classical art. Not long ago some curious and even unexpected variants of body images appeared. A pineapple image and its meaning are of that sort. The fantasy and weird imagination of some tattoo artists can fascinate and amaze, sometimes it’s surprising that usual, everyday things open up in a new way to us. Smileys, candies and sweets, balloons – everything that can give us a light and kind feeling influences modern tattoo lovers more and more. One can ask: what’s the connection between the tattoo world and such an exotic fruit like a pineapple? What do so plenty of young guys and girls find in it? Are you interested?

What does a symbol of “a pineapple” mean and where does its meaning take the origin?

OK, we’ll share the secret with you) The thing is that a pineapple is a symbol of friendship and hospitality in many communities. It all began in the south of the Pacific, the citizens of this region had an old tradition of giving a pineapple to the guests as a sign of friendship. Christopher Columbus was the first to bring this fruit to Europe in 1493, when travelling through the Pacific in the search of India he reached North America. When they were ashore, the local people greeted the strange travellers and presented them the most precious thing they had (by the way, the people of the guar tribe call this fruit “nana nyte”, that is “a precious fruit”). So, Columbus, who made a few notes about this juicy, cone-like exotic fruit in his track log, brought a pineapple as well as the tradition to Europe.

A collection of photo examples of a picture of a tattoo with pineapples:

That was many centuries ago, but the meaning of the fruit remained in our memory and culture, that’s why before applying a tattoo you should do an experiment: go to your friends with a pineapple, and if their reaction is positive, go and get such an image being sure of its positive influence.

What kind of people does a pineapple suit?

A pineapple tattoo has become very popular among the youth. It perfectly suits friendly and open-minded guys, who get the idea of remaining themselves and being a part of a company at the same time. Such people are usually perky, sincere, open, full of a unique sense of humor , ready to help and share the most precious thing – their time.

At present the most popular type of the image is a black and white outline painting of a small size, accurate and laconic, it will surely suit girls as well as guys. One can choose practically any place on the body he or she likes for applying it. You can also find a lot of examples and sketches of bright, colorful and juicy pineapple tattoos in the web. We advise to pay attention to these, such tattoos can add colors and positive emotions to your life, they will surely be joyful for you and your friends!

The text of the article is prepared by: kasatky2 (Касаткина Ольга Александровна)