Here you will be able to know everything about special aspects and meanings of the keyhole tattoo. 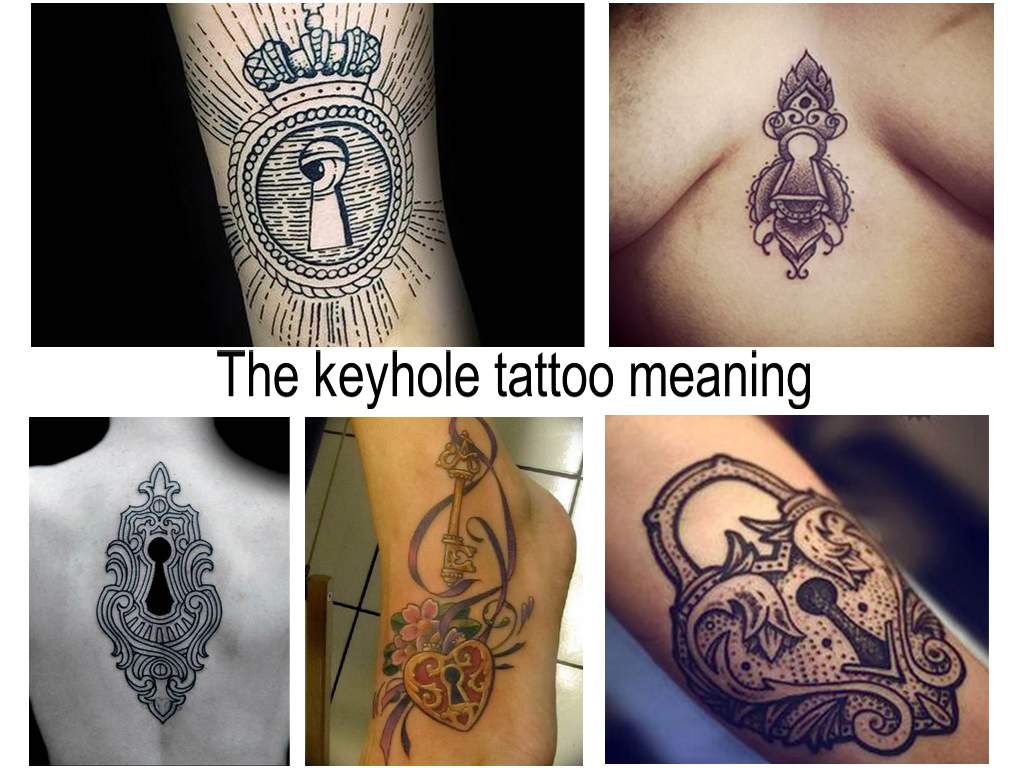 The keyhole tattoo meaning – the most important information about tattoo design

Nowadays, the tattoo art is widely spread and gives treats to those who like a huge variety of sketches. Now people think about tattoo as about a decoration or entertainment. But think concerning what kind of illustration you wish to make, because the ancient African tribes, from whom this tradition came to us, believed that each drawing has a certain meaning and can even change the fate of its owner. Therefore they practically covered their bodies with various patterns without leaving free space.

Also it is worth thinking about the fact that in our country tattoo is associated with imprisonment. Previously, prisoners were branded and the prisoners themselves put pictures to determine their place on the stairs of the prison hierarchy.

Tattoos could be talismans and beacons. Of course, there are those who use them for self-expression. Often scenes are large and very vivid. I would like to highlight the keyhole tattoo from the whole variety of decorations. This picture keeps a secret, mystic. It is enveloped in romantic chords. It cannot be attributed neither to the beacons, nor to the talismans. Most likely it carries in itself only the meaning that the owner will think up. And yet, the keyhole has some of the most common meanings. It can be interpreted differently. All it depends on its location on your body and how the illustration itself looks like.

Photo examples of a tattoo with a keyhole:

Usually a keyhole is made on the back of the head; more often you can see it on girls in the form of a black hole for a key. It means that the owner is waiting for someone who can find the key to his soul and become the other half. For young guys, at times, such a picture means that a person is closed for strangers and does not want to let anyone close to him, to open his inner world. Very often, you can find a keyhole paired with a key, which carries a sense of completeness and peace. If there is an image of a broken heart next to a similar tattoo, it means that his last relationship is over and the person with this tattoo is not ready for a new one.

Sometimes masters offer to portray an eye or a part of another fairytale world, another unknown universe inside a keyhole. This may mean that a deep psychological meaning has been invested. For example, it shows how rich the inner world of a tattoo owner is, or how limited the thinking of society is around, because the owner of the tattoo could see and know more.