The dragon tattoos appeared as a result of the eastern, particularly Japanese influence on the western culture. The dragon means power over the four cardinal points and the four elements: wind (air), water, fire and earth. Additionally: 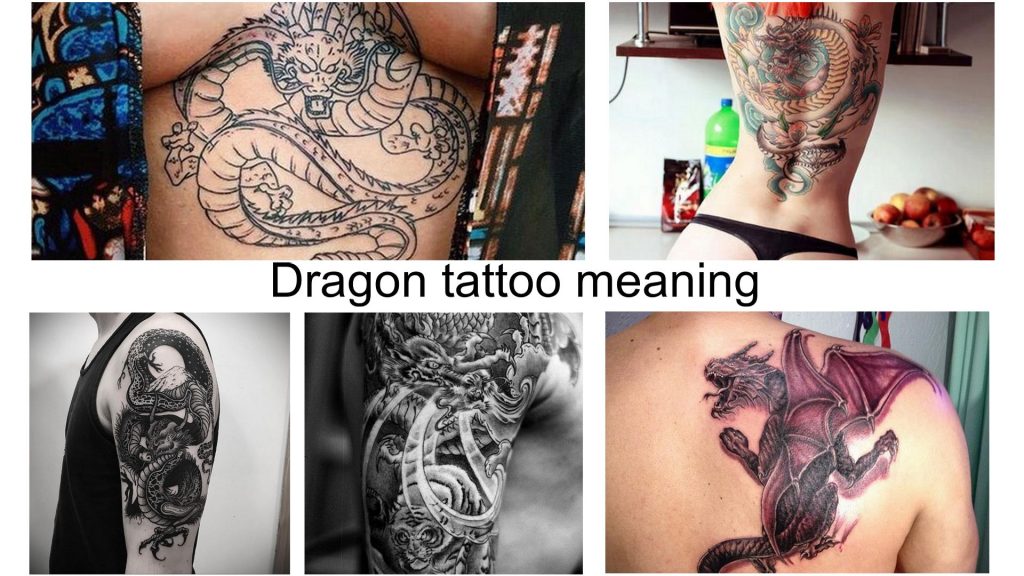 Since the dragon is a fictional mythical animal that does not exist in nature, it is often interpreted in many unusual ways. Generally this tattoo symbolizes strength, nobility, power, wisdom, loyalty, perseverance and the ability to go beyond the limits. Dragon tattoos are chosen by both men and women.

We can find the dragon image in different cultures and in every culture it is interpreted differently. In China, emperors and their wives had a dragon image tattooed along their spines as a symbol of strength and power. In Buddhism the dragon advocated Buddha and his laws. In ancient Greece and ancient Rome a dragon symbolizing terror was depicted on the armor of warriors. In Celtic culture this mythical animal represented the human life cycle and was a symbol of power. In Western culture, in most cases, the dragon was associated with evil to be defeated. In the Eastern culture the dragon symbolized the natural elements or cardinal points.

What does the dragon tattoo mean?

There are two types of dragon tattoos:

An oriental dragon, whose body resembles that of a snake, it has no wings, but has legs.

The western dragon has a long neck and large wings; its body is covered with scales.

When choosing a dragon tattoo sketch, consider the location and color of the dragon. It is important for the choice of the composition and size of the tattoo. The dragon looks best on the back, where you can convey the power, strength, grandeur and grace of this mythical animal, while with a small drawing it would be difficult to express all these qualities.

Color plays an important role in the interpretation of the dragon tattoos.

The red dragon has two meanings:

But it is noteworthy that he uses this anger to protect the family, in this case he is considered a defender. Often the red color is chosen by parents who guard and protect their children.

The golden dragon is associated with kindness, gentleness and wisdom.

The text of the article for the site tattoovalue.net was prepared by: VAKULA82 (Elena Golovatskikh)

The Meaning Of The Double Infinity Tattoo

The meaning of the tattoo wings of Hermes Demon – Tattoo Meaning