A cat is one of the most mysterious, attractive and controversial animals which for a long time has been a part of the human life. A cat also has its own special meaning in the tattoo art. Since ancient times, cats were surrounded by a variety of myths and legends. Some of them raised cats to the rank of deity, others cursed them. 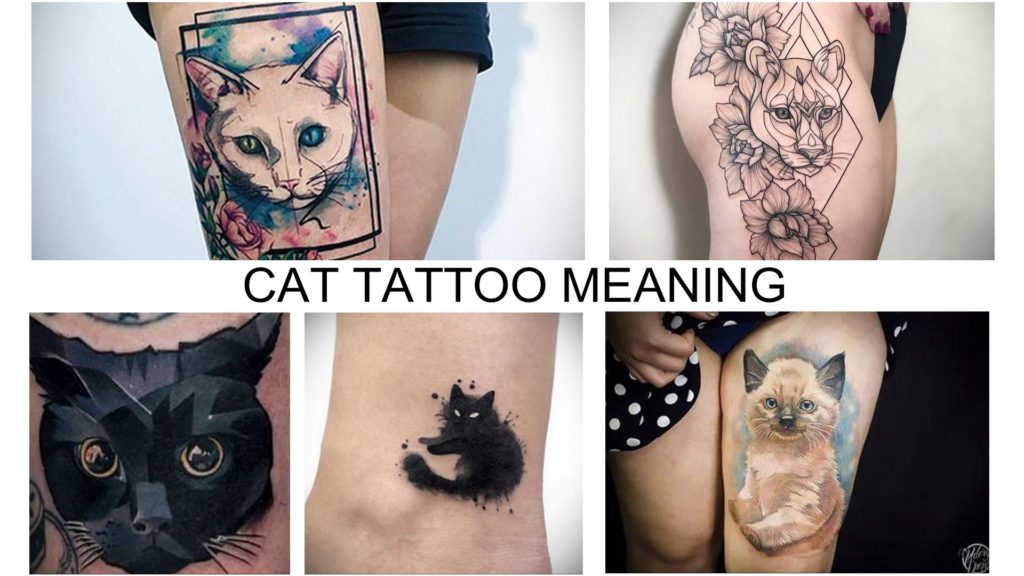 What is the meaning and symbolism of a cat tattoo

Cats were depicted in paintings, music and poems were dedicated to them. Tattoos with the image of cats are quite popular now, both among men and women. But young girls choose this kind of tattoo more often to emphasize elegance. A cat tattoo means wisdom, freedom, independence, beauty, dexterity, longevity. It is scarified most often to the shoulder, leg or lower back.

In many nationalities the cat belongs to higher beings, to deities. For example, in ancient Egypt, a cat was a sacred animal, which symbolized fertility and motherhood. Therefore, these animals were buried as people with a rite of mummification. Almost the same attitude towards cats was in the Scandinavian countries. It was believed that cats protect grain from rodents, which was of great value. In the antique world these graceful animals symbolized night, the moon, female attractiveness. In Japan, from ancient times to the present day, a cat is a symbol of good luck, prosperity, wealth. In Arabic culture, cats were also revered. In Buddhist countries cats guarded temples. But in the Middle Ages in Europe cats for some reason were considered messengers of trouble, assistants of witches, and they were exterminated everywhere. It led to the fact that many rats were bred, which brought the plague.

Since then, cats have ceased to destroy. But quite often in fairy tales they were depicted next to sorcerers, witches. There is still superstition regarding black cats.

Nowadays, cats also get a special treatment. Everyone knows that cats can heal people and relieve pain. Moreover, this graceful animal attracts with its beauty, tenderness, mystery, independence, cunning and intelligence. Each cat has its own unique character.

What does a cat tattoo mean?

There are a lot of meanings of a cat tattoo. Each person chooses what is in line with his character. Let’s consider the most common meanings of cat tattoos.

Charts of popularity of tattoos with a cat: 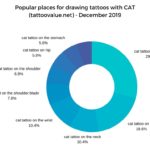 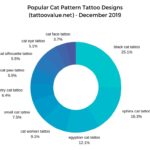 These are just some of the meanings of cat tattoos. Often such a tattoo has a meaning that is understandable only to its owner. A cat, as an independent and mysterious animal, is popular due to its qualities, such as visual and auditory acuity, mystery, dexterity, speed, intelligence and secrecy. Remember that tattooing is just a means of expressing your personality. It is not only a decoration for the body; it also reflects the individuality of a person.

The meaning of shackles tattoo The umbrella tattoo meaning

The Meaning of the Cello Tattoo Demon – Tattoo Meaning