Home / The Meaning Of The Yin Yang Tattoo

Here we’re talking about displaying Yin-Yang as a tattoo, a symbolical meaning of it and its story. We’ll try to figure out the meaning of Yin and Yang tattoo before and today. For those who are preparing to make a Yin-Yang tattoo, we featured: 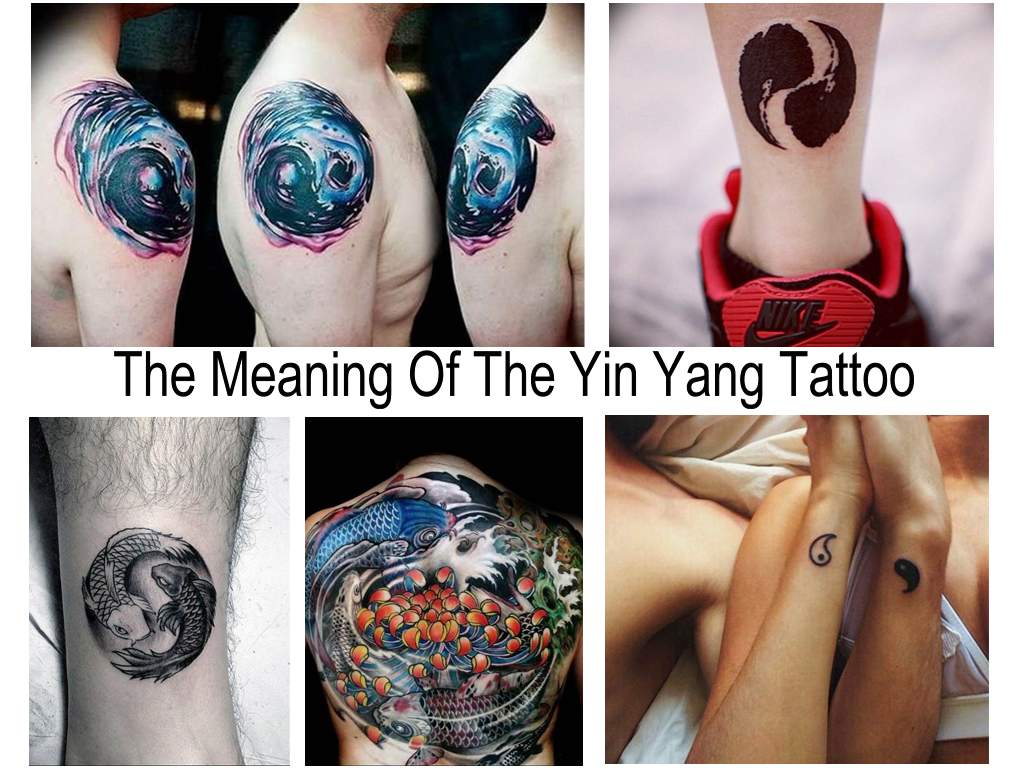 The meaning and the history of Yin-Yang

Such a commonly used and widely known symbol as Yin-Yang is now perceived as something mundane, even though the history of this symbol goes back thousands of years ago. It originates from the Ancient History of China. Basically, this symbol represents harmonic unity of two opposites, it’s the symbol of struggles and, at the same time, balance.

Yin is a female principle, the symbol of death, earth, moon and even numbers, dark, passiveness, moisture. Yan symbolizes male principle: activeness, life, sky, sun and uneven numbers, light. Inseparable and unified symbol of Yin-Yang is a symbol of world balance that helps to solve any problems or conflicts. It gifts the inner power to overcome every difficulty and boost your life energy.

It’s important to notice that this symbol is always depicted in a round which is, in turn, the symbol of eternity itself. It says that the conflict between Yin and Yang is as endless as the shape itself. Ancient Guenon considers Yin-Yang to be the image of a universal storm, spinning round and combining the opposites that gave birth to his eternal movement.

What does Yin-Yang mean as a tattoo?

The ancient art of Feng Shui sees Yin-Yang as struggling but, at the same time, combining two opposite energies. Despite them being completely opposite, these energies can’t exist without one another and are the beginning of each other. This endless interaction and struggling is the substance of everything in the Universe, it gives birth to life itself and shapes it. Absolute harmony is a core idea of this struggle. Everything will be destroyed, if one principle prevails over another.

Photo examples of a tattoo with a yin yang symbol (443 photos):

Yin-Yang is a kind of proof that Nature has its order. It says about the duality of everything in the world, about balance and harmony. This balance means the right flow of things and laws of life based on extremities and opposites – life and death, light and dark, good and evil, sadness and happiness and so on.

The Yin-Yang is also some kind of a center where nothing happens. It symbolizes peace, it doesn’t have any struggles within. A person who has tatted Yin-Yang over him, is trying to claim harmony with the world that surrounds him. He can deal with anything life offers, whether it’s the run of good or bad luck, happiness or sadness. Nothing stops him from being happy.

Yin-Yang symbol is one of the boldest, meaningful symbols from the Eastern culture. Everyone can define themselves the sense and meaning of the symbol and find something personal in it.

Don’t forget that getting your skin ready for inking is very important. Laser epilation, provided it’s made in a professional salon, can be a bit of help. A beautiful body demands beautiful tattoos!

The meaning of the tattoo “Infinity” The umbrella tattoo meaning