Here you can find out all the most interesting about the meaning, history and significance of the picture with a dolphin in the art of tattooing, you can see photo examples. More info here: 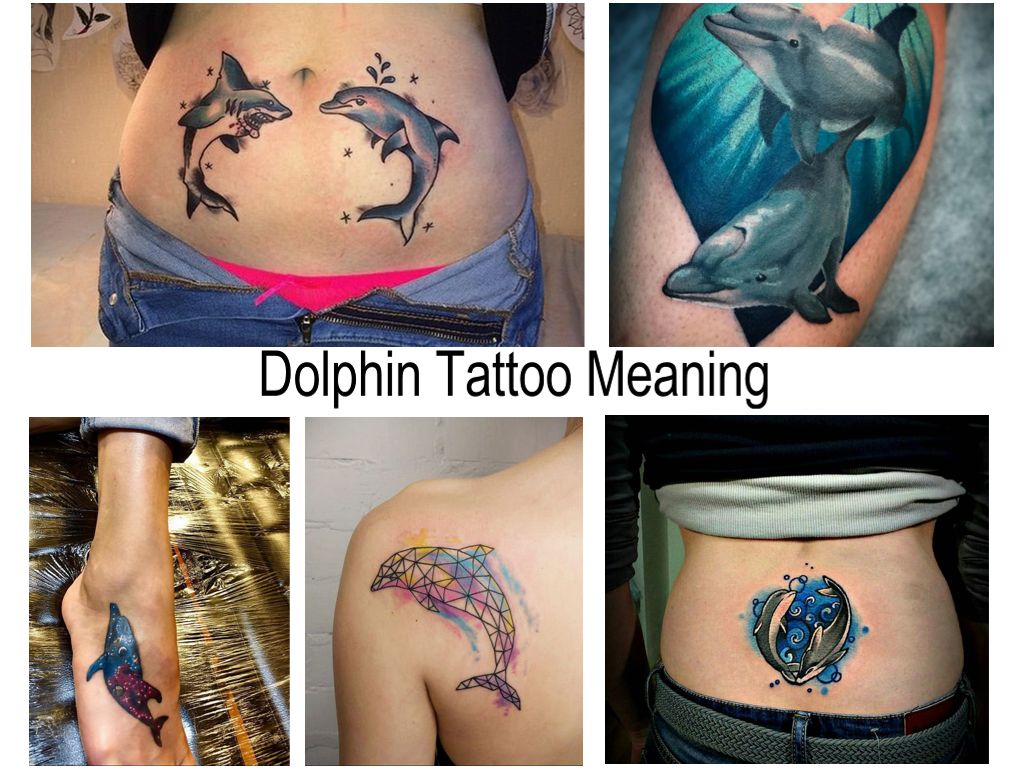 Since ancient times dolphins have always attracted much attention and commanded respect. People have admired, loved, and honoured themfor ages. Their singular habits and behaviour distinguish these beautiful, graceful, and amazingly intelligent creatures among our favourites. Besides, dolphins return our love and have long since been famous for their friendliness.

In practice, the meaning of a dolphin image largely depends on the tattooing style, and additional details may change the interpretation. In any case, it remains equally positive for both women and men.

Remarkable for their ways of thinking and communicating, dolphins are strikingly different from any other animal or fish. That is why a dolphin picture on one’s body symbolizes good luck, agility, generosity, and fathomless depth of the sea.

Dolphins are often drawn in Celtic design for a good reason. Ancient Celts highly esteemed these animals and called them guardians of the water realm. They believed dolphins could protect them from natural disasters and shark attacks during fishing. For North Americans, dolphins were a symbol of wisdom, unfailing enthusiasm, and boundless kindness.

Ancient Greeks associated them with physical love. Again, there is a reason behind this idea: dolphins are the only animals, who mate not just for procreation, but also for pleasure. Cretan mythology represented them as carriers of Gods, equated with divine beings. In other words, each culture depicted dolphins in a different light, but they were always graced with good qualities.

Dolphin tattoo signifies life in general, aspirations and desires. Its wearers are not lacking in vitality and often impress with their cheerfulness.

Each image has a particular meaning. There is a great number of tattoo variations: dolphin with an anchor symbolizes endless motion, two dolphins – unity of the male and the female, dolphin in a sailor’s suit – dedication to a fleet, and so on. You can create a unique fascinating picture with the help of a specialist.

Dolphins’ playfulness, intelligence and friendly attitude make the image popular among girls, while the sea theme makes it suitable for men’s tattoos.

Dolphins are wonderful and unusual creatures. There is a belief that they are sent from other worlds to guard people against misfortunes in the course of their lives. We can sum up all interpretations in one key message: dolphin is a talisman bringing good luck. If you search for “dolphin tattoo meaning” on the internet, you will get similar results, and there will be no negative implication.

The text of the article for the tattoovalue.net website was prepared by: TURYSHEVAN (Natalya Turysheva)