Threatening tattoo. What is the meaning of bull tattoo?

At all times and in most nations the bull was a symbol of unbridled brute force and power. Besides, the image of such an animal is identified with the symbol of the masculine. 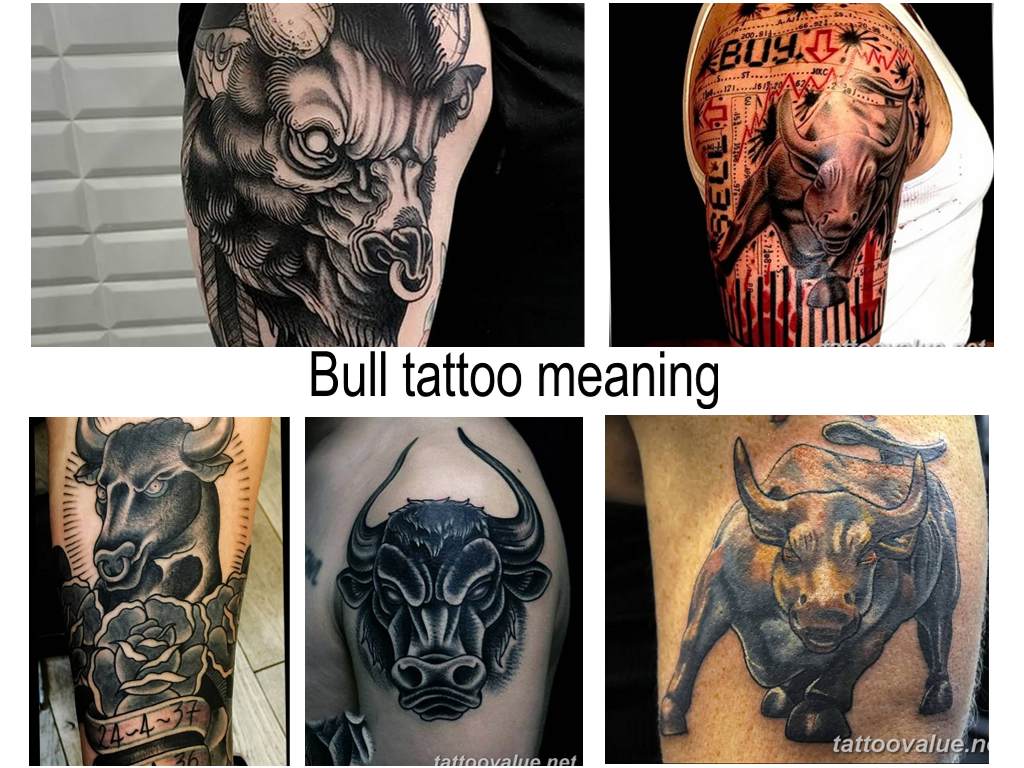 The image of the bull in different cultures.

The bull is a noble strong animal. In many cultures it has significances that are inherent in gods. For example, Zeus, the supreme ancient Greek God, which is also known by the name of Jupiter in Roman mythology and culture, was often depicted exactly in the form of a bull.
Such a bull tattoo had a dual meaning, because on the one hand, it characterizes Zeus’ strength and power, and on the other, it emphasizes his lovingness. In addition, such a tattoo symbolizes fertility and sexual strength. In his turn, Zeus was most famed for his love affairs with mortal women. Many great heroes such as Heracles, Perseus, Theseus, Achilles and others appeared as a result of those affairs. They are known by ancient Greek myths.

The bull unites in itself the strength of the various elements, vitality, greatness and royalty, which are its immediate qualities. Representatives of various nations and cultures brought in the bull image mainly positive and noble qualities. In Buddhism, the bull means the personification of the personality, the Iranians are sure that this animal is the soul of the world, the Celtic peoples belive in its power and strength. There is no escape from notching that the bull is a sacred, revered animal in India.

Photo examples of tattoos with drawings of a bull:

The zodiacal meaning of a bull is Taurus. In contrast to the widely spread qualities that are inherent in the bull symbol, Taurus are quite calm, soft and melancholic people. At the same time, those who were born under this star sign, are practical people aspiring to ensure their own safety, comfort and coziness.

What does a bull tattoo mean? It has been already mentioned, that the bull is a symbol of strength, masculinity, fecundity, and therefore a bull is a purely masculine image. A black bull tattoo with flame-coloured eyes means playing with death. Corridas bull means taming, and subduing the masculine. In general, there is a perception that a bull tattoo or an amulet with its image protect a person, give vitality and energy.