Home / The meaning of the tattoo Saint George

In this article, we consider the significance of the tattoo “Saint George the Victorious”, talk about the meaning and history of the drawing. For those who decided to make such tattoo, we have prepared two thematic sections in our catalog with photos of the finished tattoos: 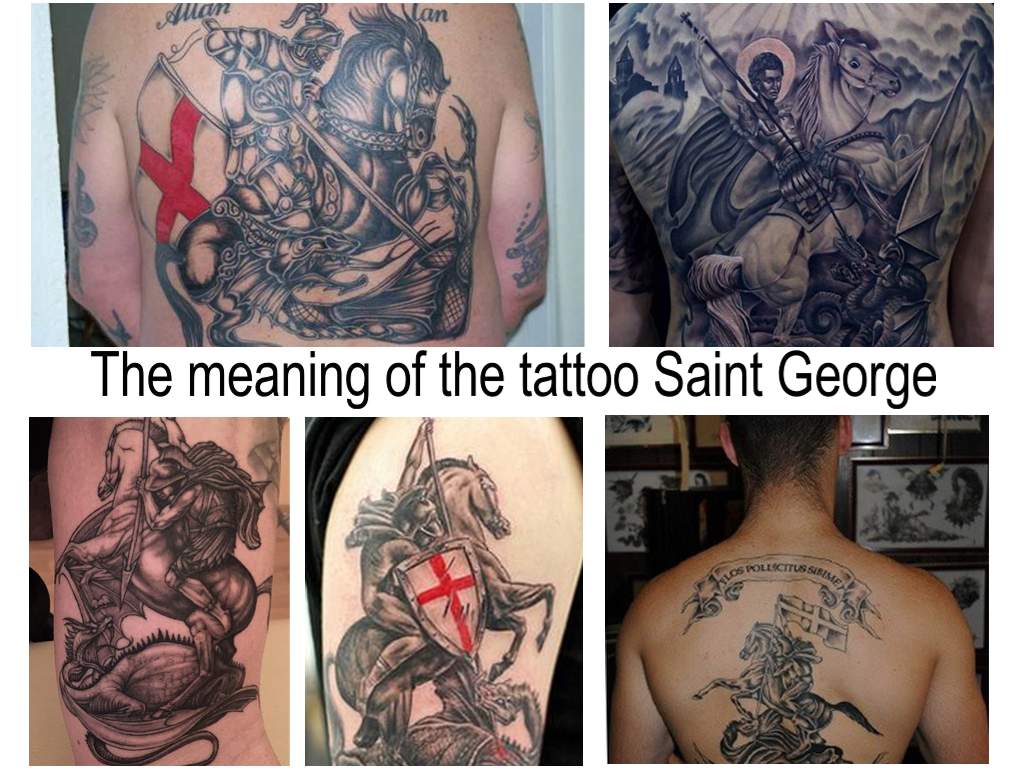 All the fun about tattoo meaning Saint George

Tattoo as a phenomenon appeared before our era, and since then tattoos did not just adorn the human body, but was a symbol that contained information about its owner. The elements of the body picture could tell about the origin of a person, occupation and religion.

The latter, religious guise had a special meaning: it was the religious and magical tattoos that retained their primitiveness from the moment of their creation to the present day. They inspired their owner to believe that a certain symbol had magical power and could protect against evil, hex and misfortune, while the others were able to heal, give strength and confidence.

The meaning, history, pictures, designs and significance of the tattoo of Saint George.

By depicting various symbols on the body, such as runes, hieroglyphs, religious quotations and charms, people make an important step in their lives – beginning of a new stage. There is an opinion that, once they find themselves in a prison, some inmates make a tattoo of St. George the Victorious, which is believed to endow its owner with power. After all, determination and willpower became decisive in the life of this great Christian martyr.

Tattoo has become an art in the modern world and is no longer the symbol of people who returned from places of detention. Moreover, among today’s youth, tattoo is considered one of the most popular ways of self-expression and identification. Tattoo of Saint George has so many meanings that, despite being one of the most difficult to recreate, it gains an increasing popularity.

Photo examples of a tattoo with George the Victorious:

When someone chooses the tattoo depicting one of the Saint George’s outstanding feats, spearing a snake that symbolizes the devil, both men and women seek protection. But the tattoo with the image of George the Victorious despite the fact that he is a Christian saint is equally important in Islamic culture – the legend of Jirgis or Geergis has many similarities with the legend of the martyr George the Victorious.

Also for believers, the question of the church’s opinion regarding the image of biblical heroes on the body remains open. Definitely, religion condemns it, but violation of this prohibition is not considered a sin. The logical explanation for this may be that during the Middle Ages, images of biblical heroes were applied by warriors who visited the Holy Land – which was directly related to the church and religion.

The image of Saint George has many small details and elements, which impresses fans of such decoration of their bodies. However, this image is demanding – it will look good only on a large area of skin. The most common place for putting the Saint George tattoo is the back, but also the image can be placed on the arm or leg, depending on the wishes of its owner, who put their own meaning in the tattoo.