Home / The Meaning of the Cello Tattoo

Here you can learn everything about the history and meaning of the tattoo “cello”, get acquainted with the photos of the finished tattoo designs, their features and options. More examples here: 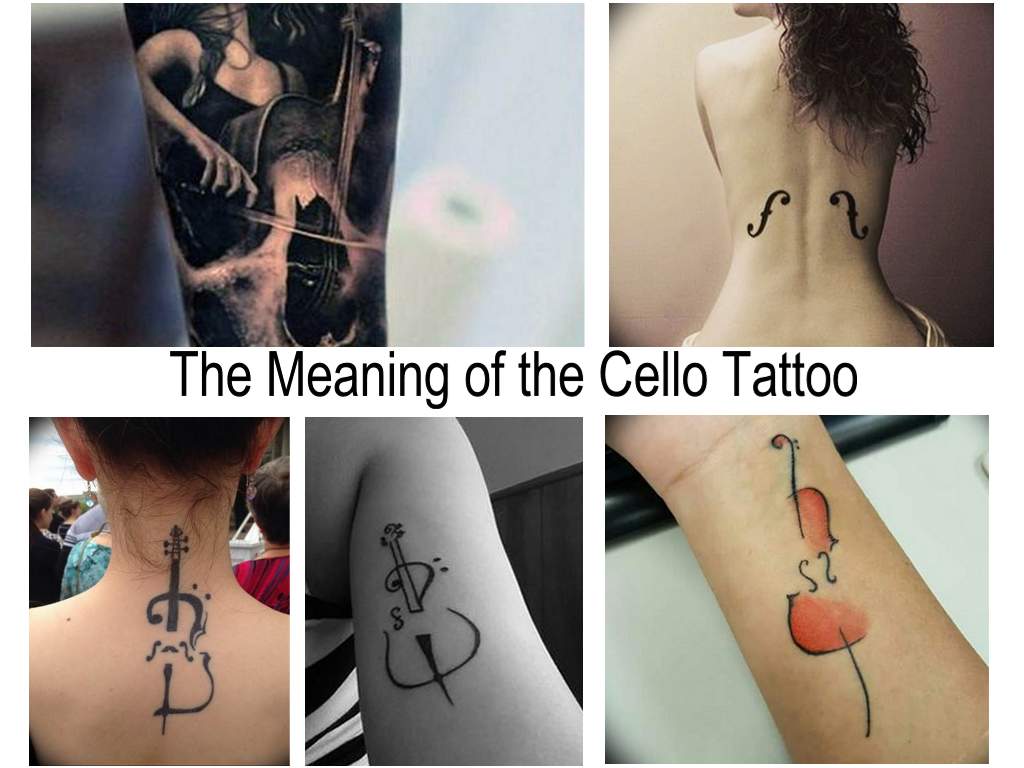 Everything about the features and meaning of the cello tattoo

One can find a tattoo depicting a musical instrument on many people’s bodies. Recently, a tattoo with an image of such an instrument as a cello is gaining much popularity.

The cello resembles a violin: it belongs to stringed instruments and makes sounds with the help of a bow that goes along its strings. The difference from the violin is that the cello is large. That is why you cannot play it like a small violin putting it on your shoulder. Cellists put the instrument upright and sit on a special chair. Previously, the musicians played standing.

Tattoos depicting cello belong to the category of female tattoos, as its meaning and value are more suitable for women. This tattoo has the following meaning: fragility, vulnerability, originality, creativity. In a negative way, the value can be interpreted as a personal tragedy and a great loss.

The violin indicates the uniqueness of the personality and its eccentricity. Girls most often put a sense of tenderness and faith in this image.

If a tattoo with such a pattern is on the male body, then there are only three options for what meaning it can bear. The first meaning is if a person plays this musical instrument himself or just loves music, especially the sound of a cello. The second meaning is suitable for men connected to the world of art who have a sophisticated taste, as it is a kind of tool that only few people can appreciate. The third meaning is indirect: if a man gets a tattoo with such pattern, it indicates his delicate psyche.

However, men should carefully consider whether to get such an image. The fact is that the cello is very similar to the violin, and a violin with a bow in prison means that the man wearing it is homosexual. Things are no better for women, as such tattoo is often put on by girls who engage in prostitution. It means she is easy and has hard life, problems in the family and personal life.

Rarely does one depict the instrument alone. More often, there are whole compositions: a musician and his instrument; cello and sheet music; musician, cello and audience, etc. The tattoo looks equally great in both black and white and bright colors. A carefully thought-out sketch of a tattoo will help to avoid wrong interpretations of the picture.

The meaning of the tattoo Gorilla The umbrella tattoo meaning

The Meaning of the Volos Tattoo The mirror tattoo meaning