Home / The Meaning of the Volos Tattoo

In this article we will tell about the meaning of the tattoo “Volos”, analyze its importance, history and interpretation. If you are searching ideas for a tattoo, you may additionally look through the following sections of the resource: 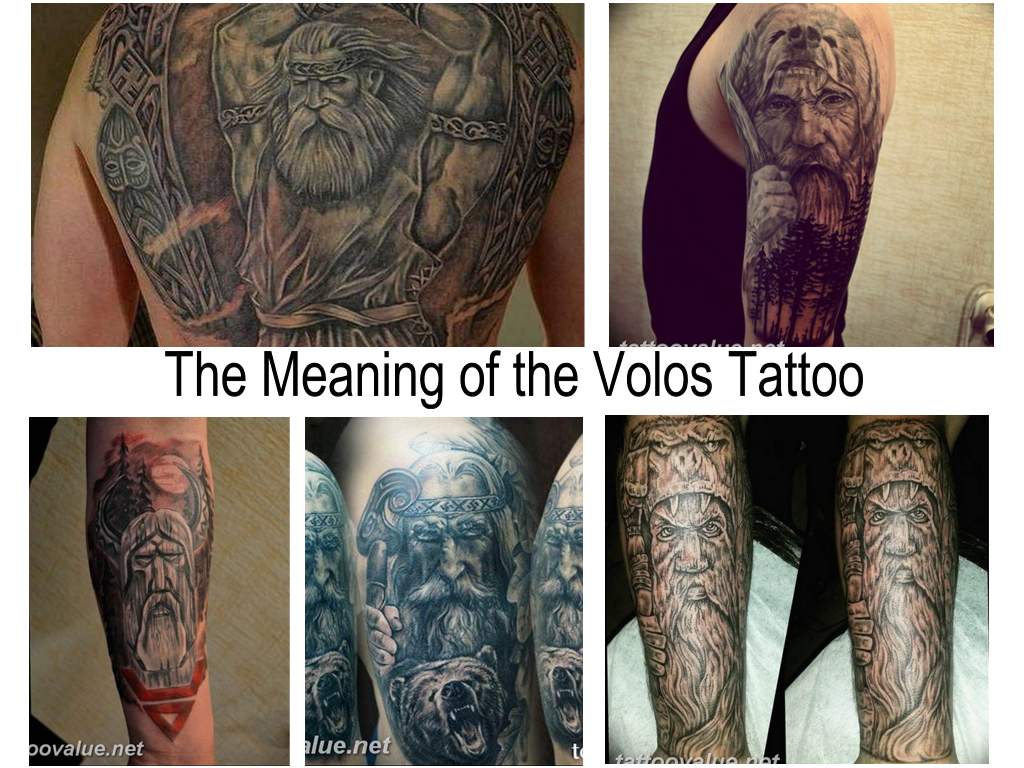 Interesting facts about the meaning of the Volos tattoo

Origins of the symbol

Volos is one of the ancient Slavic gods, who according to the legends set the whole world, previously static, in motion. He is a werebear god, a god of wisdom, a patron of sorceries and the arts. His emblem is an inverted triangle with a symbol of wisdom hanging over it that resembles a head with horns. Legends say that he appeared in the world of people as a bear, therefore another symbol is a bear’s paw.

The ancient Slavs treated Volos with a great respect and considered him the god of fertility and farming, the patron saint of herders. After his exile into the world of people, he walked among them, taught them cattle breeding and the cultivation of the land, and even shared the secret knowledge of the gods with the most talented of them.

The Volos tattoo, the meaning of the symbol

What can the Volos tattoo tell about its owner? The meaning of a symbol greatly varies depending on how the person understands it and can mean the following:

Volos traveled a lot around the world of people, and his symbol was to help the traveler on a long journey.

Options for the Volos tattoo

The drawing of Volos himself may be applied instead of the symbol of the deity. The ancients described him as a gray-haired old man, wrapped in a bear skin or cloak and holding a magic wand in his hands that looked like an ordinary stick or staff. The best place for such tattoo is the back, because high-quality image requires a lot of space. An image of a forest or wildlife is a good background for the composition.

Since Volos was both man and bear, and most often chose this animal form in his wanderings around the earthly world, the imprint of a bear paw is also considered to be his symbol.

Who is this tattoo for?

The Volos tattoo with its varying meaning is suitable for people who lead an active lifestyle, travel often, enjoy hiking and recreation in the wild. This symbol will favor those whose activities are connected with nature and animals. But you should remember that the symbol of a pagan god is not a tattoo that should be done only because of its beauty.

The symbol of Volos can put in a trouble a person who is far from the Old Slavic culture. Moreover, such tattoo will be a manifestation of disrespect for people who honor the culture and beliefs of their ancestors.

The meaning of the tattoo Scales The mirror tattoo meaning