Home / The Meaning of the Howling Wolf Tattoo

In this article we offer you to learn about the meaning of the tattoo “howling wolf”, the history and value of this deep tattoo design. To those who want to rethink the idea of their own drawing before going to the tattoo salon, we suggest looking over the following sections of our catalog after reading the material: 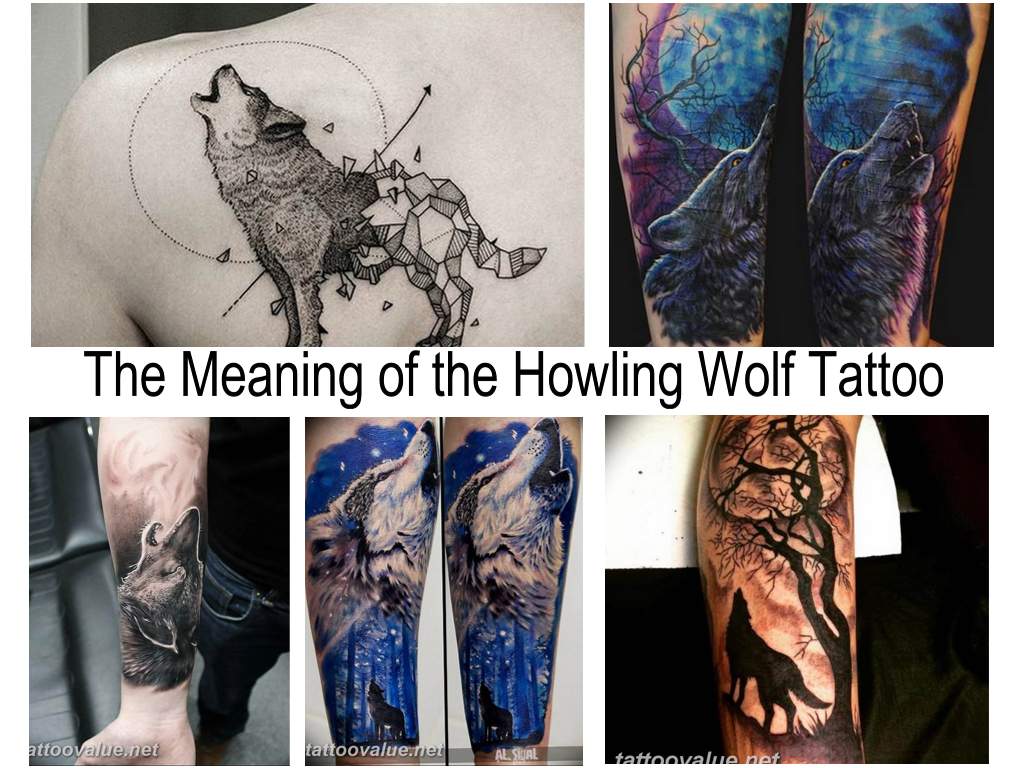 The meaning, history and value of the howling wolf tattoo

A wolf is a strong, independent and at the same time incredibly loyal representative of the animal kingdom. These values are in any case reflected in the tattoo of a howling wolf. Only a person who is absolutely confident in his beliefs and ready to fight for them to the last drop of blood can choose such tattoo. In general, since people got acquainted with these magnificent and noble predators, thousands of myths and legends were made about them. It is understandable, because the power and duality of these creatures is something to admire.

What qualities does the wolf symbol bear?

The symbolism of the wolf is incredibly multifaceted and contradictory, as is its very nature. On the one hand, it has been always associated with determination, courage and willpower; on the other hand, since wolves are one of the few animals who understand the concept of family, their image is full of wisdom, love and respect for nature and their relatives.

Tattoos depicting a wolf are very popular, while also difficult to perform; therefore, if you decided to take such crucial step, you should turn to the real professionals. Such tattoo can be the amulet for the owner, but only if the picture reflects his or her personal qualities.

Photo examples of tattoo designs with a howling wolf:

The wolves are faithful, noble and ferocious defenders of their packs; that is why such tattoo is not advised for those who fall in love easily and tend to change partners often. It is also important to take into account that the values the wolf is fighting for are its own and don’t not always conform to those generally accepted, while at the same time, it will never seek to destroy the latter if there is no need to. The motto of its life: “Don’t touch me, and I won’t touch you!”

The ancient Slavs often attributed magical abilities to wolves; in rituals, its symbol often acted as a protector and guide to other worlds. In Celtic myths, the wolf was associated with the moon and revered as the mystical spirit of unearthly power. In the Scottish tribes you can see the wolf as a reflection of the energy of evil and destruction which merges with the energy of kindness, higher meaning and the other world, thus forming a certain unity of opposites.

What does the howling wolf tattoo mean?

The tattoo “howling wolf” is a special case of a wolf body pattern, the value of which acquires more independence, proud loneliness, the ability to distance itself from society and live by its own rules. It can also be a reminder of the betrayal experienced in life. If the symbol of the moon is present in the tattoo, then it may symbolize that the person has gained secret knowledge and spiritual strength while being alone.

Most often, the wolf tattoo is put on the back or forearm; less often you can see this pattern on the chest or arm. Whatever place you choose, you must first pay attention to the size and proportions of your individual sketch. Colorful, bright and large tattoos look most advantageous, because if you decide to declare your strength, you should do it with due respect to this mystical and powerful animal.

The meaning of the tattoo Gorilla The mirror tattoo meaning