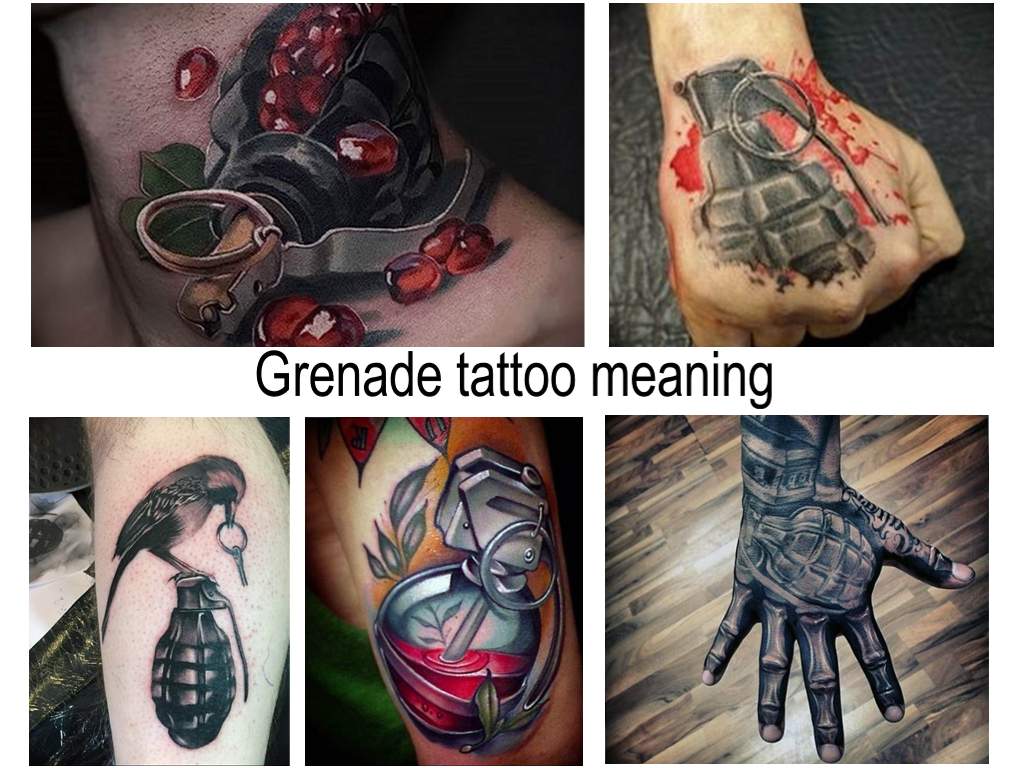 The meaning, history and value of the grenade tattoo

In the modern world, the boundaries between good and evil are obliterated; the Internet makes it much easier for us to see the world in all its various manifestations. The things that used to be hidden from the masses are now becoming common property. Wars are raging all over the planet, somewhere locally and temporarily, somewhere permanently. And the military theme is reflected in the modern tattoo art like everything else that stirs our blood and makes our hearts beat faster. The military hand grenade, as an elegant and effective weapon of war, has become a popular symbol.

Who is the grenade tattoo for?

Such tattoo is often the domain of the stronger sex. Most often, the image of a grenade is made by men related to military service. Those who served in the military, who were Special Forces soldiers or took part in the battles. Of course, there are also those who only heard about the army, moreover, do not intend to serve – the grenade tattoo for them is a reflection of some personality traits, such as aggressiveness and explosive temperament. A person wants to show that they carry a potential threat and the others better not to mess with them. Also a grenade tattoo can reflect the idea of commitment to arms or the desire to get as much adrenaline from life as possible – this is one of the meanings of the grenade tattoo.

Photo examples of tattoo drawings with a grenade (235 photos):

Since depicting a grenade is a relatively new trend, there are no strict rules for creating a sketch and it depends mostly on the artist’s imagination. The most common version is close-to-reality with all proportions kept, made in graphic black-and-white style. Also, the master can often supplement the drawing with warning inscriptions. It is understandable, because as soon as you tear off the tab, there is no turning back. A flower can be used to soften such intense symbol – for example, a chamomile, – and then this may mean that a person is ready for war, while values peace more. Also, the body of a grenade can be depicted in the form of a heart; then the tattoo indicates a warm heart, which, like a warhead, is ready to burst into small pieces in the name of love.

The most popular location for applying a grenade tattoo is the arm, forearm and chest, less often it is put on the calf muscle, on the neck and back.

You can find a wide variety of grenades as an example online: they can be realistic, old school, with skulls, cartoon-style, or surrounded by other military attributes (for example, flying bombers), while they all share a strong and powerful energy in a message they convey. Although, only a tattoo owner knows what exactly a particular tattoo means for them, while we can just assume and speculate. And yet, if you decide to get such tattoo, remember that it will stay with you for a lifetime, which means you should turn to real professionals.

The meaning of a bracelet tattoo