In this article we will tell you about the significance of the geisha tattoo, the history and meaning of this unusual and undoubtedly stylish pattern in the tattoo art. For those who are going to enter the tattoo salon with their own picture, we suggest to look at our catalog on this topic: 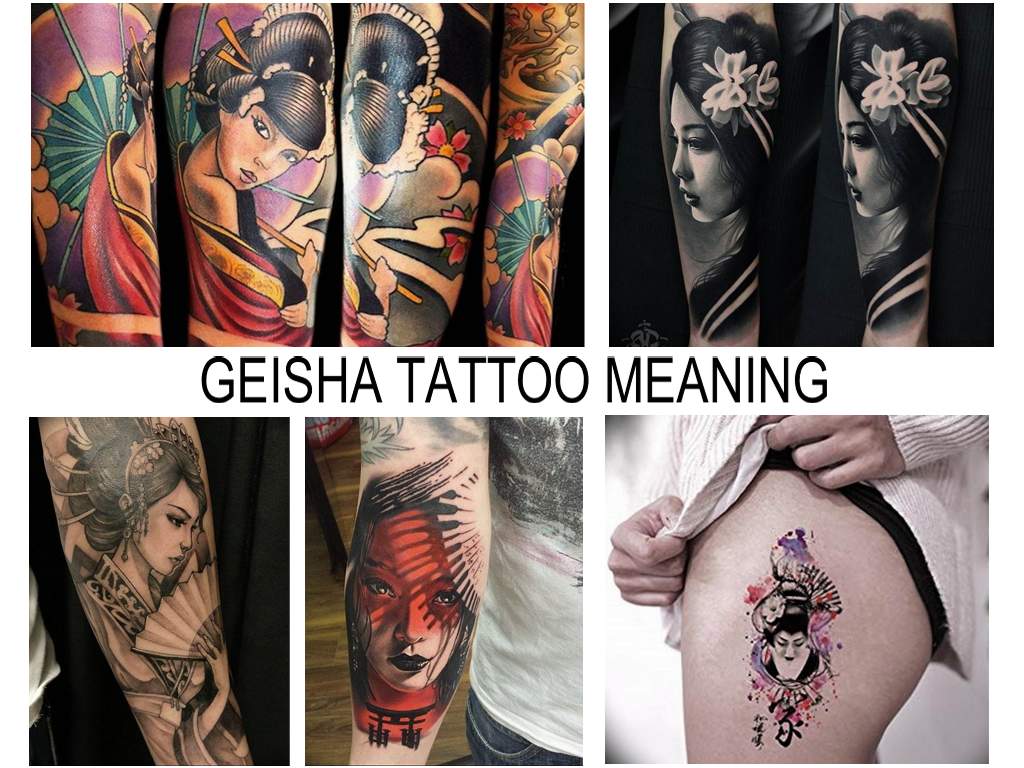 The meaning, history and significance of the geisha tattoo

In its first meaning, the word “geisha” is translated from Japanese as “a person of art”, which confirms that geishas are not girls of loose morals. This is a woman whose main craft is to create an atmosphere of significance, exclusivity and luxury around a man during his entry into society.

It is interesting that in the 17th century geishas were exclusively male; they dressed up as jesters, entertained guests at the evenings at Japanese feudal lords. The first female geisha appeared only in 1751, acting as a jester-drummer at one of the houses of tolerance in Kyoto. And only by the 18th century women completely crowded the men out the profession.

By the 19th century, the art of being a geisha became very profitable and prestigious. At the same time, the first geisha houses were opened, where girls were taught manners, a unique method of tying kimonos and applying make-up.

Artists and poets chose these celestial beings as their muses more and more often, and paid enormous amounts of money for being in the company of the geishas. At the beginning of the 20th century, these ethereal ladies became the personification of Japan. There are very few true priestesses of art these days, and only their appearance and traditions are unchanged. However, you can connect with the world of tenderness and sophistication through the geisha images on your body.

Photo examples of drawing a tattoo with a geisha (399 photos):

The geisha tattoo is a meaningful and sophisticated choice of its owner that emphasizes their artistic taste. As a messenger of grace and elegance, the girl wrapped in bright silk kimono talks about the desire and intention of a person to get away from everyday life and plunge into the world of entertainment, aristocracy and fantasy. Such tattoo screams about the rich inner world and the wisdom of its wearer, which is the value of the geisha tattoo in one of the options.

The closer the picture to the real image of a geisha – a pale white face, a bright red lipstick, a black wig with elaborate hair ornaments – the more conservative its owner is.

On the female body, the geisha tattoo symbolizes inner beauty and femininity; says that its owner has a great strength of mind hidden under a veil of secrets and riddles. On the male body, it expresses hidden dreams and desires about the possession of the beautiful. The brighter and larger the picture, the more unspent male power, care and affection bears the owner. Only those who are truly strong and confident put this image on their manly body.

Geisha is the personification of a true femininity, mystery and inaccessibility. Her glance attracts and teases a man, admires and blinds the mind. Her personality is permeated with small details that fuse and form the integrity. Everything from easy playful laughter to the gentle touch of a hand, from femininity to sexuality in a daily manner can surprise and pierce a man to the heart. The tattoos with the image of a geisha amaze as well and express the artistic taste of its bearer.