Here you can find information about the meaning of the square tattoo, the interpretation, meaning and history of the tattoo. More examples you can find here: 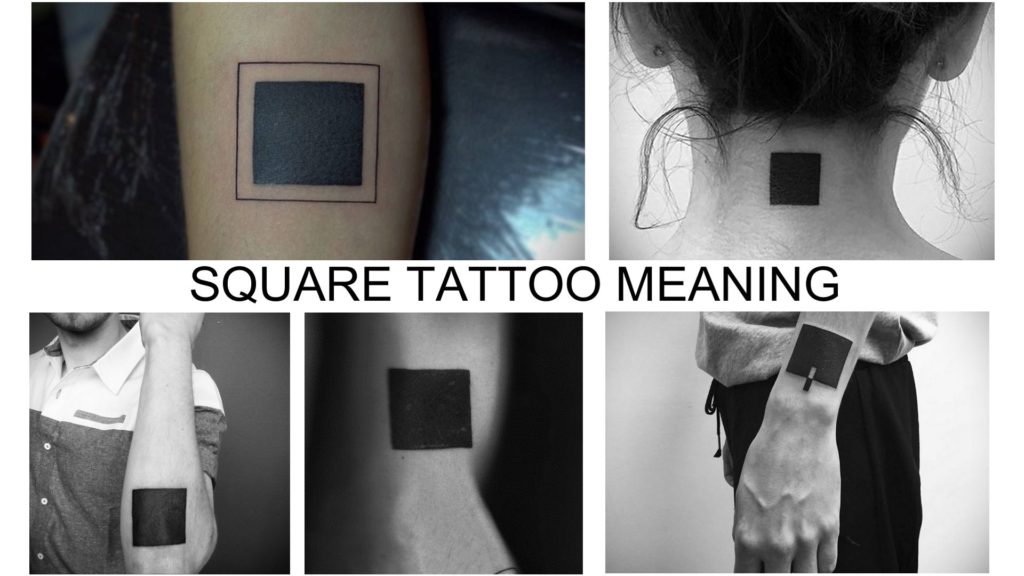 Everything about interpretation and meaning of the square tattoo

Geometric figures in the tattoo art belong to an individual style of tattoo. Equal and rational lines of figures are of great importance. They often have a spiritual and mystical interpretation. In Asia the linearity of tattoos is directly related to spiritual rebirth.

The image of the four elements and their integration into figures went from the Arab countries. The owner of such a tattoo is likely to be lucky and successful. Moreover, the person who has such a tattoo is probably open, honest and friendly to everyone. He will never envy other people, as well as to be hypocritical.

The most common sign for the Slavs is Svarog Square. In ancient times this symbol symbolized protection from bad intentions. They believed that Mother Nature was behind this.

If the square is depicted with fire, then it is considered to be a charm that protects against evil spirits and influences from the outside.

The god of this symbol comes to the rescue and protects those who are involved in physical activity. Therefore, a tattoo is most suitable for men.

It can also be interpreted in a way that the owner gains the power of a strong will.

This tattoo represents the family hearth and happiness, but this is not the most common meaning. Such a symbol will bring peace and prosperity to the family. Previously the square contributed to the successful creation of a family.

As mentioned above, Svarog square is most suitable for men. This symbol will represent protection for men and women and will also help everyone in their endeavors, will lead to the victory.

Now let’s talk about the location of a square tattoo. In most cases, people tattoo a square on the wrist or on the arm, these are the best places for this tattoo. Both in antiquity and in modern world, it is still popular to make a square tattoo on the chest near the heart. Such tattoo is believed to provide you with strength for new achievements, to help you understand yourself and to give motivation to move on.