The Meaning of the Pearl Tattoo

Home / The Meaning of the Pearl Tattoo

This page will help you to find out the meaning of the pearl tattoo, get acquainted with the examples of the images popular nowadays, their sense, interpretation and history. More examples are collected here: 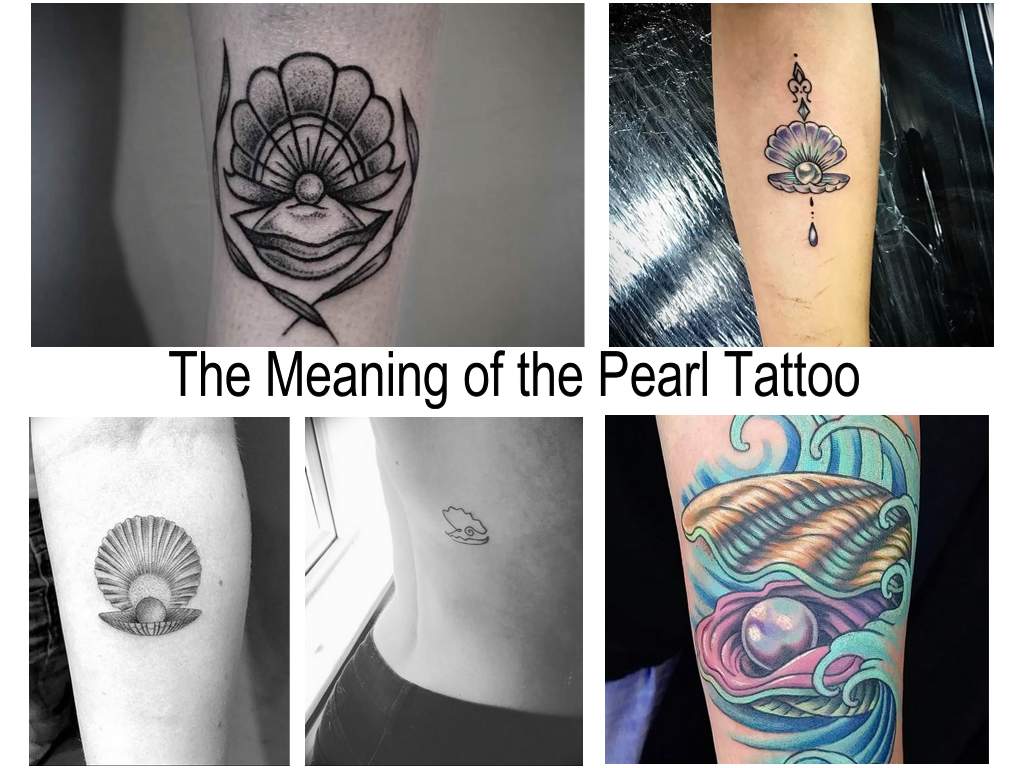 The information about the sense, interpretation and some facts about the meaning of the pearl tattoo

Pearl has a special place among the majority of gemstones. This mineral is of animal origin: a grain of sand gets into the shell and starts to cover with pearlescent, turning into a precious pea. A transformation from sand to a gemstone normally lasts for 12 years.

Gemstones have always been valued costly. Hundreds of years ago only the richest people could allow themselves to own a pearl. Indian Rudges were keeping great amount of pearls in their treasure troves, taking it out to decorate palaces, clothes, headdresses and jewels. Pearl was Queen Cleopatra’s favorite gemstone. Semiramida had a necklace of pink pearls and the French Queen Maria the Medici wore the dress embroidered with thousands of pearls.

The legends of the origin of pearl

There are lots of legends about the origin of pearl. One of them tells about the King of serpents who was fighting the terrible monster, but couldn’t defeat him. The King’s blood turned into rubies and garnets, and the Sea, mourning him, was spluttering tears, which then turned into pearls.

Another legend pictures a cruel fighting between winged dragons, which hits were producing lightings and their sounds were turning into thunderclaps. After a while the rain poured, but instead of drops small pearls were falling on the ground.

In the Slavonic mythology there is a storytelling about a water drop, which is flowing down the water lily petal, getting into the shell and turning into a pearl. If the water drop was falling in the sunrise, it gets a coral pink shade; if flowing down in the sunset, it turns into a golden pearlescent; the one which gets into the shell in the afternoon takes on a fascinating silver color.

The symbolism of pearl as a gemstone

Pearl has been mined since time immemorial. To take a pearl from the bottom of the sea one had to either have special skills or be brave enough, that is why pearl can be considered a symbol of bravery, courage and power.

The symbolism of the gemstone was projected on its image, tattoo in particular.

Photo examples of drawing a tattoo with a pearl (98 photos):

The meaning of the pearl tattoo

From the moment of the pearl tattoo emergence its symbolism has also evolved. So what does it mean?

Among other meanings of the pearl tattoo there is light, femininity, revival, wisdom, fertility, purity, spirituality, family wealth.

There are two ways of applying a tattoo:

The suitable body parts for an image of pearl are: lower-left and right abdomen, neck-bone, collarbone, inner part of wrist, ankle, chest, hip, forearm and shoulders.

The variants of the pearl tattoo

There are lots of variants of applying the pearl tattoo, the most popular of which is an open shell with a pearl inside. Not less demanded ones are:

Tattoo masters can also add flowers, birds of paradise, and starfish to the image. As pearl embodies femininity first of all, the image of it is commonly chosen by representatives of gentle sex.

The meaning of a bracelet tattoo The mirror tattoo meaning

The Meaning of the Tattoo of Beads

The Meaning of a Ballet Dancer Tattoo