This page will help you realize Barbed wire tattoo meaning, show examples of popular designs, and tell about interpretations in criminal life as well as about the pictures tattooed by those who had never been imprisoned. Additional Information: 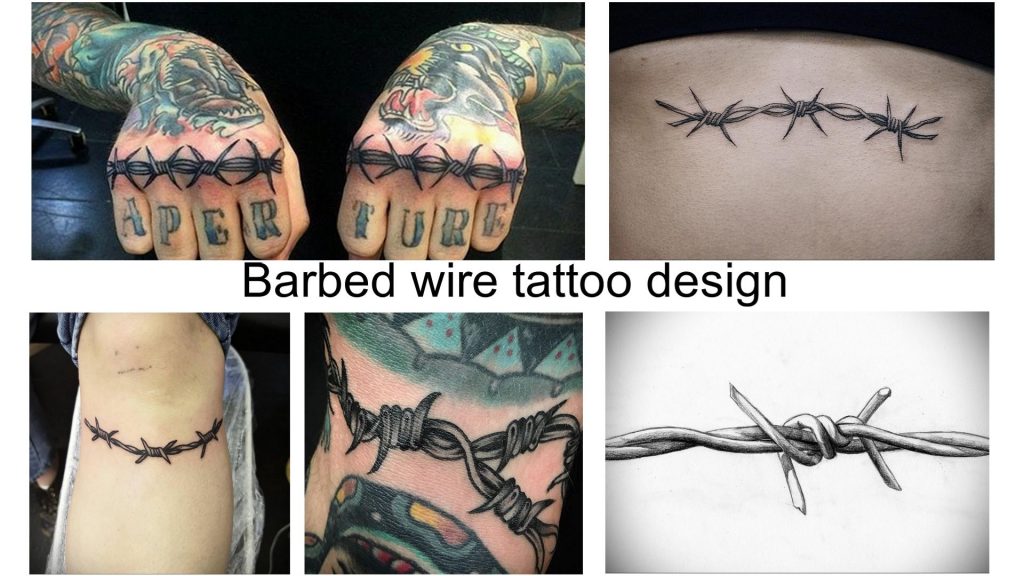 Interesting facts on the history, interpretation and meaning of Barbed wire tattoo design

It hasn’t been much time since when the only point of having tattoos was to follow a prison etiquette. It’s a custom for criminals to make tattoos, most often on their arms and shoulders.

A cross behind the Barbed wire

Barbed wire design is highly popular among imprisoned criminals. It’s often tattooed in different situations and may represent a lot. Some of the reasons for having a Barbed wire tattoo are:

Will tell all the truth

But one day Barbed wire tattoos caught attention of those who had never been in prison and know nothing about criminal world. This is an understandable tendency as the design actually looks good and can represent one’s attitude towards the rest of the world.

Now, a Barbed wire tattoo is not an obvious sign of an ex-prisoner but a symbol of a strong personality and willingness to represent is through the choice of a tattoo design. Here is what else it could mean:

This all perfectly shows how negative criminal and prison-related connotations are nothing in face of the mass wish to adopt a nice design. Young people often threat this tattoo a beautiful accessory and wear it on their forearm, biceps, wrist or ankle. They also may wish to stress their masculine traits such as strength and unbreakable will. Usually tattoo is styled as a thin bracelet. It could be black or it could be colored if such is a wish of the client.

THE MEANING OF TATTOO HEMP (MARIJUANA) The umbrella tattoo meaning